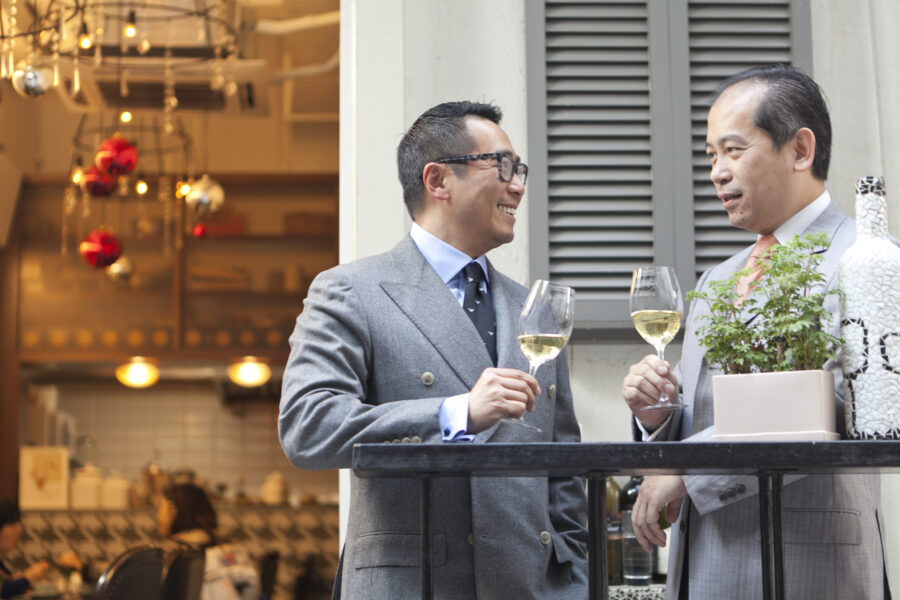 Today, whenever you step into any starred fine-dining restaurant or hotel, you will find a brisk and energetic sommelier with a…

Today, whenever you step into any starred fine-dining restaurant or hotel, you will find a brisk and energetic sommelier with a pin of grapes on their jacket, serving the wine elegantly and recommending you wines for your precious dinner. In the past, foreigners dominated this profession, but now there are lots of new faces and local sommeliers who are well-trained. Thanks to the Hong Kong Sommelier Association (HKSA), we are pleased to talk to the Chairman, Mr Nelson Chow and Vice-Chairman, Mr Edwin Chan about the past and future of HKSA. 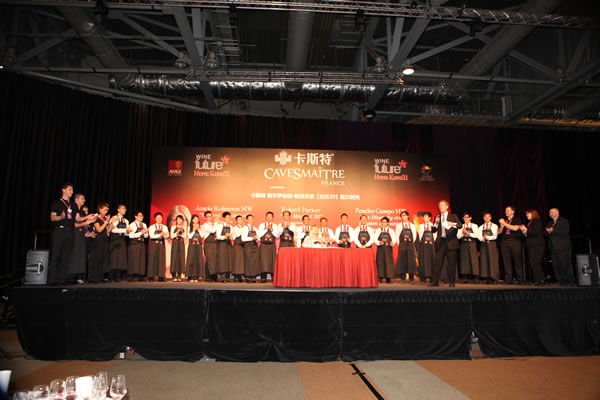 Back in the 90’s, the association was just a wine club formed by local F&B professionals for fun, which was not very well-organized and without any objective or goal. In 1997, Nelson and some other wine professionals formed a more organized association that provided a professional environment for the sommeliers working in Hong Kong. At that time, sommeliers were mostly foreigners; the Chinese who were familiar with wines were mainly the experienced managers working in “steakhouses” and prestigious restaurants. The Hong Kong Sommelier Association started with some regular meetings, social activities and sharing of wines and news in the industry. The group at the time consisted of less than 20 members. 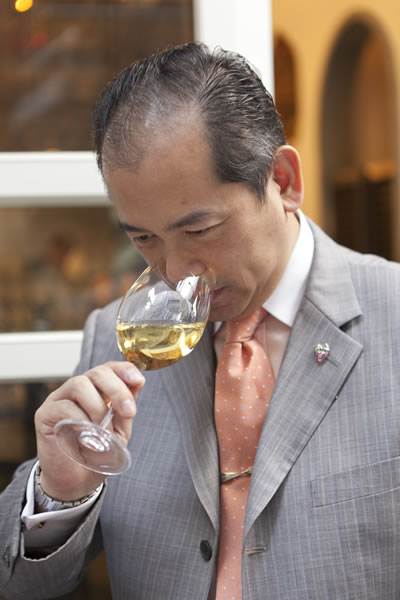 At that time, the wine industry was not that active, and the demand for professional sommeliers in restaurants was not high either because of the economic recession during the 97’. However the committee of the HKSA had never given up but worked hard to expand to a group with 50 members; and they were even able to join the international organization of Association de la Sommelierie Internationale (ASI) in 1998 as the third Asian member after Japan and Korea. They had gained more and more exposure and had also established a professional image. As such, the direction of HKSA became clearer – to promote the industry and to maintain high quality of the profession. 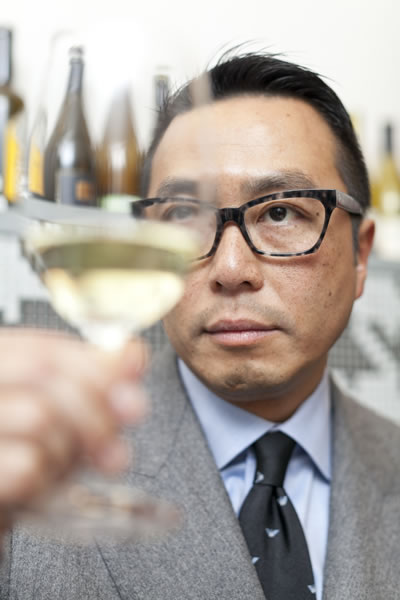 Undergoing the toughest time, this NPO gained more resources and started to develop a set of professional training and assessment system for sommeliers in 2004. Edwin mentioned that there was so little formal wine training in the market, so most of the sommeliers were from overseas who might not have any qualification. The HKSA, as a result, spent a few years to establish the training courses and assessments for different levels, and classification of sommeliers into different classes. The whole process took four years and everything was finalized in 2008. 42 professionals going through examinations and assessments under the system became the first group of certified sommeliers under the HKSA. In 2009, the HKSA announced to the public about the registered system and the first group of sommeliers certified under the association. 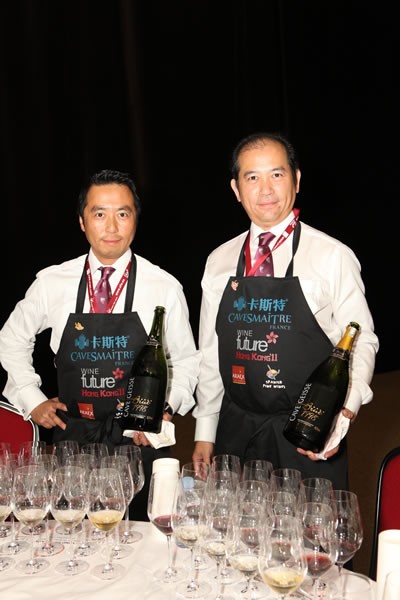 Collaborating with VTC, they started to provide more wine training and certified courses at different levels for the F&B industry. Nelson and Edwin emphasized that these trainings are different from other wine courses provided in the market now. Their training is more tailor-made for professionals who want to become sommeliers. Besides learning wine knowledge, they will have to master the skill as a sommelier, which includes wine serving, wine selection, wine marketing, cellar management and food and wine pairings etc. The professional members of the HKSA consist of the following levels: professional Members – for people from the F&B sector; sommeliers – professional members who are well trained and passed the assessment by the HKSA; senior Sommeliers – sommeliers qualified with working experience, received higher level of training and passed the assessment; professional Sommeliers – Senior Sommeliers who are experienced and achieved a very high standard. They have to be experienced in wine training and education and could represent the HKSA in public activities. 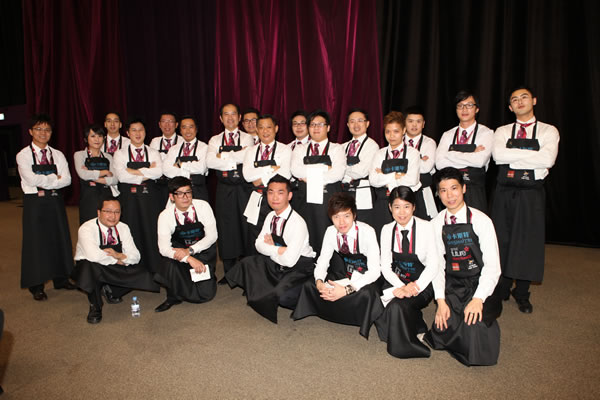 Because of the rapid development of wine market, there are now more wine afficionados in Hong Kong. In order to provide a platform for the general public, wine merchants and sommeliers to share wine culture, the HKSA has developed another membership system to provide training for the general public and wine professionals working in wine importers, distributors and retailers. They are also organizing activities like tastings, interest groups and certification programmes, with the aim of promoting wine culture in Hong Kong. The associated members are also divided into three categories: Associated Members; Wine Connoisseurs; and Professional Wine Tasters. 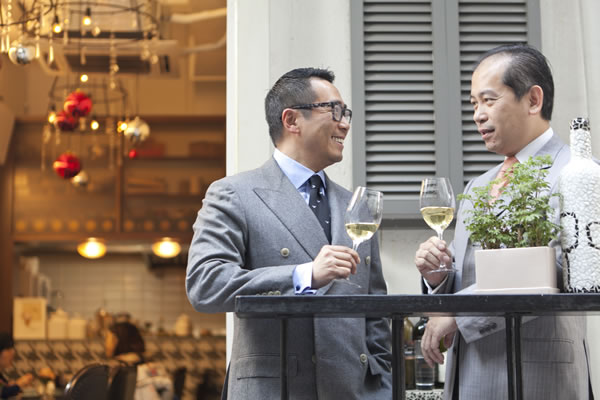 Through different training and certification, associated members would gain recognition in the industry, which helps promote wine culture. Seeing a high demand for sommeliers in Hong Kong and China, Nelson and Edwin hope to provide more proper and professional wine training for the people in the industry as the traditional way of learning to be sommeliers was outdated and not organized. They want to train up more local sommeliers that are well recognized and could represent Hong Kong to join international competitions. In China, with the growth of F&B industry, the demand for professional sommeliers is very high. As the only recognized sommelier association in Greater China region, the HKSA has already started to work with some mainland organizations to provide professional trainings for the Chinese sommeliers.